Ecommerce web design Singapore is an extensive and rapidly growing field. In this digital age, the term Ecommerce has different meanings depending on the various industries utilising it. So how can we define Ecommerce? Ecommerce is a term referring to any business which is conducted on the internet. It can be buying and selling of goods or services, as well as the transfer of data and money in order to complete transactions. This article provides explanations of the main types, features, and benefits of Ecommerce as a means of buying and selling for on-line traders. And you’ll find that this knowledge is more vital today than you might have realised.

By getting to know ecommerce basics, you will be well-prepared to launch a successful brand. The information below will guide you through each step.

1.  Types of Ecommerce and how they function

3.  Ecommerce benefits for businesses and brands

4.  Key features of success in ecommerce

5.  The future of ecommerce

Since the various ecommerce types usually have acronyms and focus mainly on the buyer and seller, it is likely you have heard these phrases already. You might have been wondering about their meanings and how they might relate to you and to your business.

Although electronic data transactions have been occurring since the late 1960’s, ecommerce is a relatively new facet of the retail scene. The first on-line retail purchase did not occur until 1994. Ecommerce today is a constantly evolving industry. However, the common ecommerce models have remained consistent.

Business to business commerce is exactly what it sounds like. With B2B, a company’s products or services are targeted to other businesses. These services are usually supportive and aid companies in operating or scaling, such as consulting or software, although they could include products as well, such as IT hardware.

Business to consumer is likely the most common model for ecommerce. It occurs when a business sells directly to consumers, such as on-line stores for buying food, clothing, or services like Netflix. Any consumer who has purchased goods or services on-line for personal use has engaged in B2C e-commerce.

Direct to consumer transactions bypass the middle man. These transactions do not include a third-party sales site or wholesaler. This type of ecommerce allows for sales from a producer, designer, or manufacturer directly to its customers.

Ecommerce has boosted this type of selling significantly because it provides people a way to sell their products to much broader audiences than would otherwise be reachable. For instance, a furniture maker can maintain their own website instead of utilizing a larger furniture website. By selling its products to the consumers directly, rather than through a larger website, they avoid paying a percentage to another business which would manage their sales for them (B2C trading).

This type of ecommerce involves consumers selling directly to other people, which cuts out the middle man. Selling items between individuals is a growing channel in modern times. The trend is particularly popular because of the increased focus on sustainability and reuse for ecological reasons. Platforms such as eBay, Depop, and many more are examples of C2C ecommerce. They allow users to buy and sell unwanted items such as gadgets, housewares, clothing, books, and many other items directly to another individual. Other platforms, such as TaskRabbit, facilitate the selling of services directly to other people needing them with no agent or recruiter involvement.

Consumer to business sales is more of a niche within ecommerce. Individuals sell their own services and goods to businesses directly. Some examples would be creative services such as freelance writing or photography, or a more tangible purchase such as a freelance chef preparing staff meals. Consultants, freelancers, and even paid reviewers acting as consumers, can identify market niches which they can sell back to businesses. Their aim is to assist them in understanding and engaging more effectively with their target audiences.

Previous Post (p) Web Design and the Importance of Testing 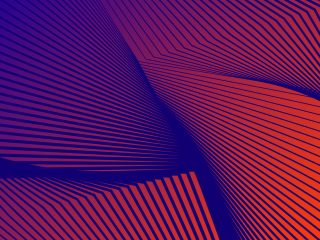